A PhD position starting in January 2021 (4 years duration) is now open at the Swiss Federal Institute of Technology (EPFL) to work on “Upward Lightning Initiation and Development”. 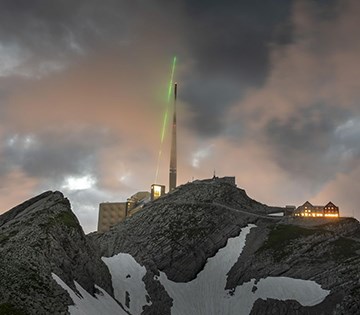 Can a “Super Laser” Tame Lightning?

“The Germany-based laser and machine tool behemoth Trumpf announced that—working with scientists at the University of Geneva, Switzerland, and other organizations—it has hauled a 5-ton, 9-m-long “super laser” to the top of Säntis mountain in the Swiss Alps, and has installed and fired up the terawatt-scale light source. The ultimate goal of this audacious exercise: Demonstrate the ability of lasers to control and safely redirect lightning strikes…”

Link to the article 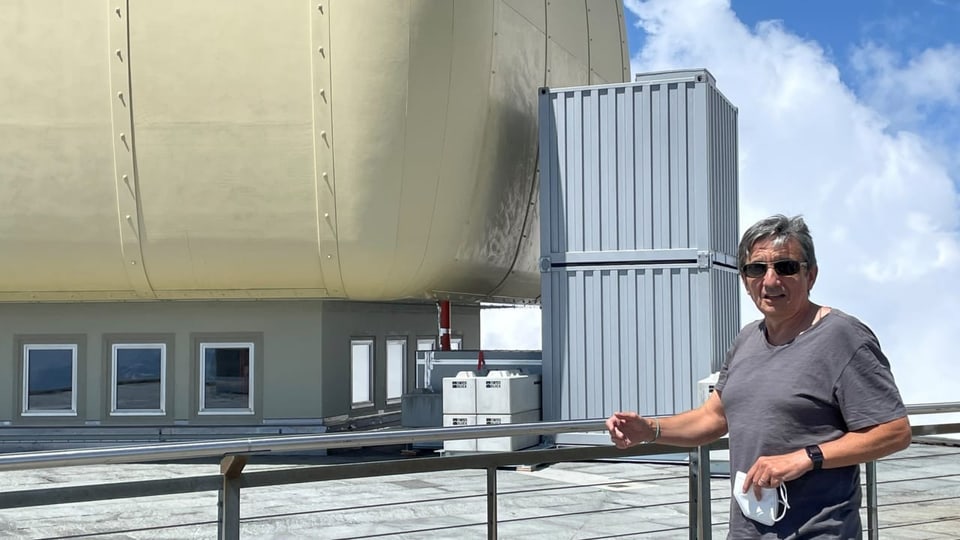 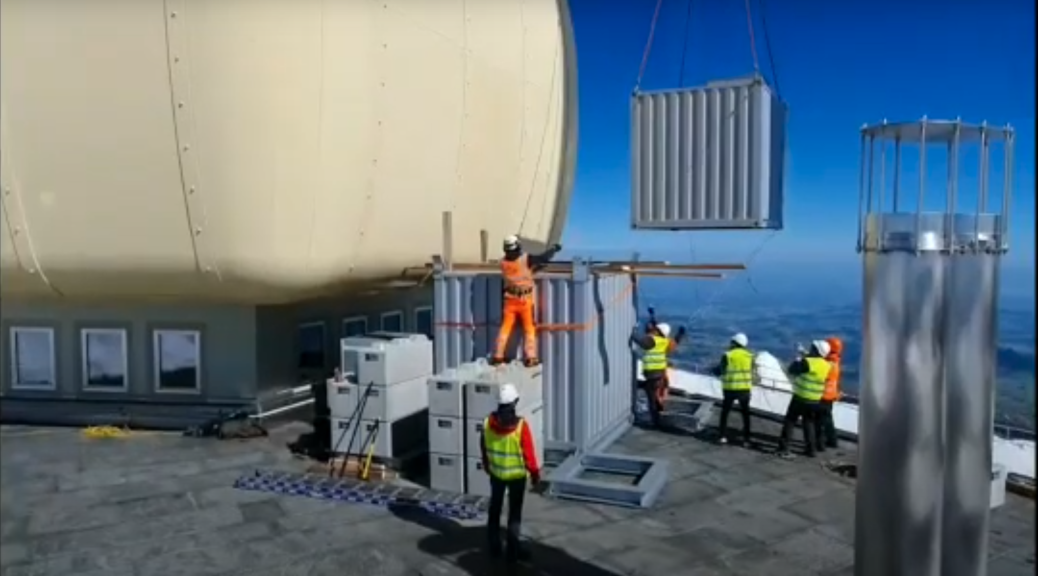 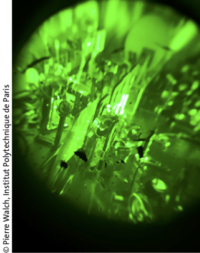 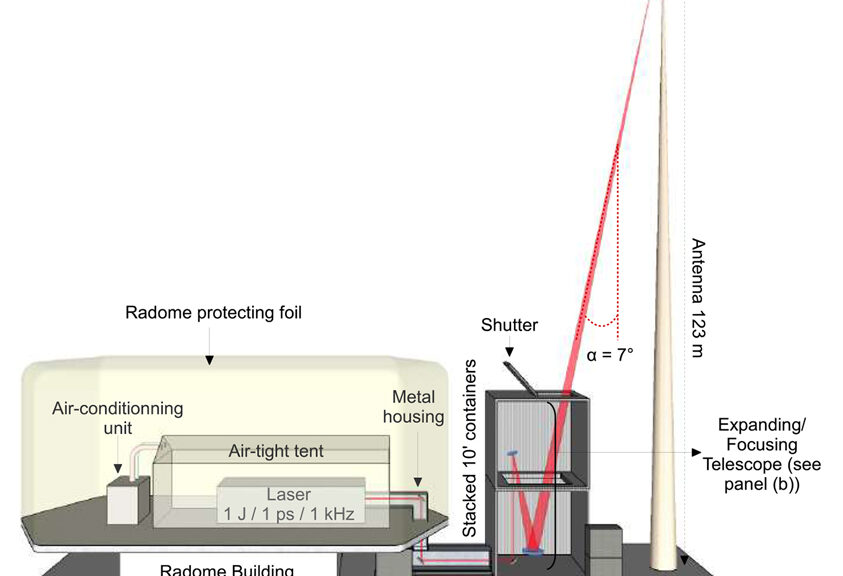 Lightning is highly destructive due to its high power density and unpredictable character. Directing lightning away would allow to protect sensitive sites from its direct and indirect impacts (electromagnetic perturbations). Up to now, lasers have been unable to guide lightning efficiently since they were not offering simultaneously terawatt peak powers and kHz repetition rates. In the framework of the Laser Lightning Rod project, we develop a laser system for lightning control, with J-range pulses of 1 ps duration at 1 kHz. The project aims at investigating its propagation in the multiple filamentation regime and its ability to control high-voltage discharges. In particular, a field campaign at the Säntis mountain will assess the laser ability to trigger upward lightning.

(a) Principle of the general layout of the laser experiment implementation at Säntis (not to scale). (b) Schematic drawing of the sending telescope. 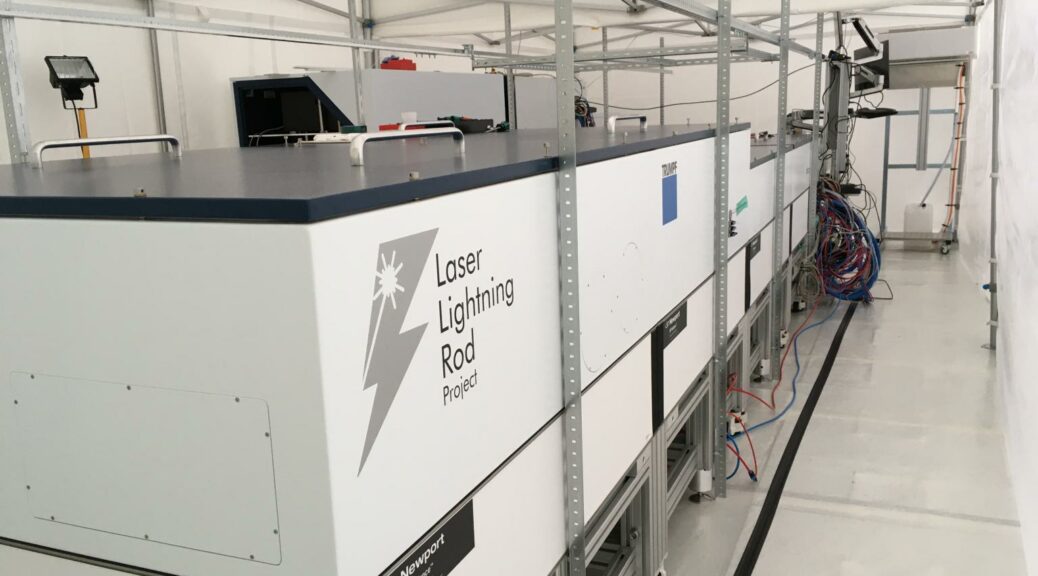 Installation of the laser for the Laser Lightning Rod Project (llr-fet.eu) in Orsay for the first experiments on the characterization of the filaments.
The laser delivers pulses of 700 mJ, 1 ps at 1 kHz (Photo @Pierre Walch, LOA)

In this article, we present a machine learning-based method to locate lightning flashes using calculations of lightning-induced voltages on a transmission line. The proposed approach takes advantage of the preinstalled voltage measurement systems on power transmission lines to get the data. Hence, it does not require the installation of additional sensors such as extremely low frequency, very low frequency, or very high frequency. The proposed model is shown to yield reasonable accuracy in estimating two-dimensional geolocations for lightning strike points for different grid sizes up to 100 × 100 km 2 . The algorithm is shown to be robust against the distance between the voltage sensors, lightning peak current, lightning current rise time, and signal to noise ratio of the input signals.

We present an ultrafast thin-disk based multipass amplifier operating at a wavelength of 1030 nm, designed for atmospheric research in the framework of the Laser Lightning Rod project. The CPA system delivers a pulse energy of 720 mJ and a pulse duration of 920 fs at a repetition rate of 1 kHz. The 240 mJ seed pulses generated by a regenerative amplifier are amplified to the final energy in a multipass amplifier via four industrial thin-disk laser heads. The beam quality factor remains ∼ 2.1 at the output. First results on horizontal long-range filament generation are presented.

Simultaneous measurements of current and multiple-station electric fields associated with a 5.4-kA-peak M-component in rocket-triggered lightning are presented in this study. A close-range electric field measurement site was located northeast of the triggering site, 195° clockwise from South, at a distance of 78 m, while the distant multiple stations in this study were located southwest of the lightning triggering site (25–48°, clockwise from South) at a distance ranging from 69 to 126 km. Both the fast microsecond-scale and slow millisecond-scale pulses were observed at six distant stations. At the close station, the fast pulse was not noticeable. The magnitude and half-peak width of the fast pulse were in the range of 0.91–1.93 V/m and 2.0–3.0 μs, respectively. The corresponding parameters for the slow pulse were, respectively, in the range of 0.59–1.29 V/m and 20.0–25.1 μs. The time lag between the onset of the channel-base current and the far electric field of the M-component was 18 μs. This time lag was used to deduce the ratio of the M-component channel length and the wave speed. The classical guided wave M-component model proposed by Rakov et al. (1995, https://doi.org/10.1029/95JD01924) to simulate the slow, millisecond-scale field pulse assumes that neither the incident nor the reflected current wave undergoes attenuation even though the wave propagation occurs along a lossy channel. A modified guided wave M-component model is proposed in this study in which the M-component current wave attenuates with an exponential decay. Based on the best agreement achieved between the simulated fields using the modified two-wave M-component model and the observed near and far electric fields, the channel length, the M-component wave speed, and the current attenuation constant were inferred, respectively, as 1.8 km, 1 × 108 m/s, and 3 km. It is shown that the modified guided wave M-component model is able to reproduce reasonably well the electric fields both at close and far distance ranges.